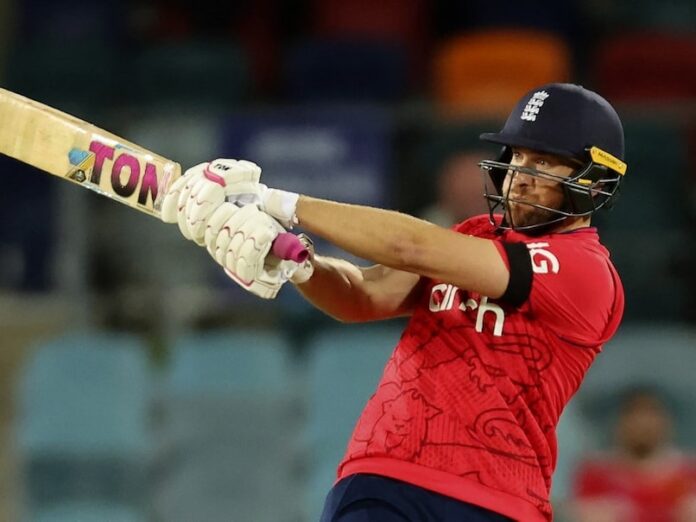 NF Times, Pratap Prusty : After winning the opener at Perth, England overcomes a full-strength Australia by 8 run in the second T20 played at Canberra to build momentum ahead of T20 WC.It was all about the out class innings of David Malan with a blistering 82 runs followed by Sam Curran’s fierce attack in death helped England win over Aussie in the second breath holding T20 match.
After visitors were invited to bat in Canberra’s seaming pitch in the chilly condition, England lost its opener Jos Buttler and Alex Hales in the early overs. Marcus Stoinis kept his solid attack in first tenth and kept the visitors in trouble. Once the English were in wobbly 54 for 4, was able to fight back soon after David’ Malan’s joining in the contest.
Malan mixed trademark gorgeous cover drives with more belligerent strokes in further indication that he’s well suited to the Astralian quicker. Moeen Ali given a strong support in the other hand who made a quicker 44 of 27 in a rapid 92 run partnership.
Just after Moeen Alli departed the pitch, Malan kept his attack and set 179 total for Aussie. Adam Zampa got wickets with top wicket taker Stoinis who got 3 of 34 runs.After recently shifting away from his usual opening role, Aaron Finch returned to the top but failed to have a good start when he was caught by Ben Stokes of David Willy delivery. David Warner also failed to put some valuable runs for a good chasing match.
However, big hitters Mitchell Marsh and Travis David kept the match alive with some handy knock and harassed the visitors in the after 10th. It was all about the handy skill of Sam Curran in the death over who held his nerve and put good challenge in death over that registered a magnificent victory.The series finale will be played on Friday at the same venue.