China launches third and final module of its space station: Beijing’s effort to surpass the United States in space exploration 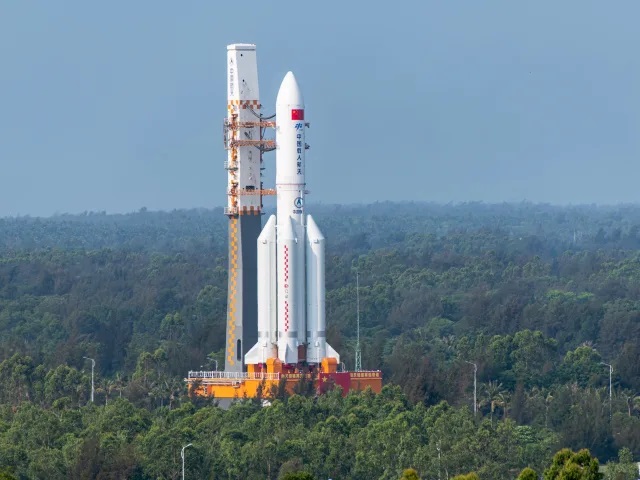 N.F Times, Pratap Prusty : China’s Mengtian space lab module, the third major component of the nation’s Tiangong space station, was launched on Monday afternoon in a key step to complete the in-orbit assembly of Tiangong.The lab module’s carrier a Long March 5B heavy-lift rocket blasted off at 3:37 pm from the Wenchang Space Launch Center in the southernmost island province of Hainan.
After flying more than eight minutes, the rocket placed the spacecraft into a low-Earth orbit nearly 400 kilometers above the ground.Mengtian, the world’s largest single-body spacecraft now in active service, was then scheduled to rendezvous and dock with the Tiangong station’s Tianhe core module, according to the China Manned Space Agency.
The three crew members of the Shenzhou XIV mission, who have been staying in Tiangong for nearly five months, were ready for Mengtian’s arrival, the agency said in a news release.Mengtian was transported to the Wenchang Space Launch Center by ship in early August. It underwent function and prelaunch checks over the past three months at the launch center. The craft received fuel earlier this month at the center.
The lab module is about 17.9 meters long, has a diameter of 4.2 meters and weighs more than 23 metric tons. It has 32 cubic meters of internal space that can be used by the astronauts, according to its designers at the Shanghai Academy of Spaceflight Technology.