Vaishnaw hits back, says state govt to be blamed for delay of railway line 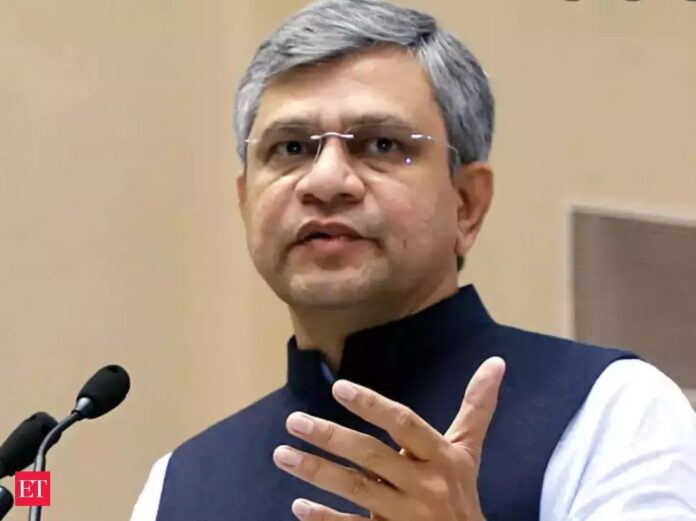 BHUBANESWAR: As the BJD and BJP engaged in a verbal duel over the delay in the execution of the Bargarh-Padampur-Nuapada railway line to gain political mileage for the forthcoming Padampur by-election, Union Railway Minister Ashwini Vaishnaw on Monday held the state government responsible for no progress in the project.In a reply to the letter by Commerce and Transport Minister Tukuni Sahu, Vaishaw said the in-principle approval of the rail line project by the Ministry of Railways was conveyed to Odisha Rail Infrastructure Development Limited (ORIDL) way back on December 31, 2021.
“As you know that ORIDL is under the administrative control of the Odisha government, Railway Board had intimated the in-principle approval to the project for taking up pre-investment activities in terms of the August 5, 2016 letter of the Ministry of Finance,” Vaishnaw said.
‘Bargarh-Nuapada rail project delay, state govt’s fault’
ORIDL has been entrusted with the responsibility for the survey, planning, estimate and land acquisition for the project. “The Railways Ministry now requests the Odisha government to undertake survey and land acquisition works expeditiously for the project. I too request the state government to complete all works coming under its purview on a priority basis,” the railway minister said.
He further informed Sahu that Prime Minister Narendra Modi with his foresight for the long-term need of Odisha has allocated `9,734 crores for railway projects for 2022-23. These projects include the renovation of 38 railway stations. “In this situation, we request you to support the steps taken by the Central government for the overall benefit of Odisha,” Vaishnaw said.
Accusing the railway minister of misleading the people of Bargarh, BJD MP Sasmit Patra said blaming the state government is of no use when the Railway Ministry has not made a token provision for the project. Sanction of the project without budgetary support is meaningless, he added.
Dubbing the BJD allegations politically motivated to confuse the voters of Padampur before the bypoll, Bargarh MP Suresh Puari dared Patra and Sahu for an open debate at any place of their choice in the poll-bound constituency.