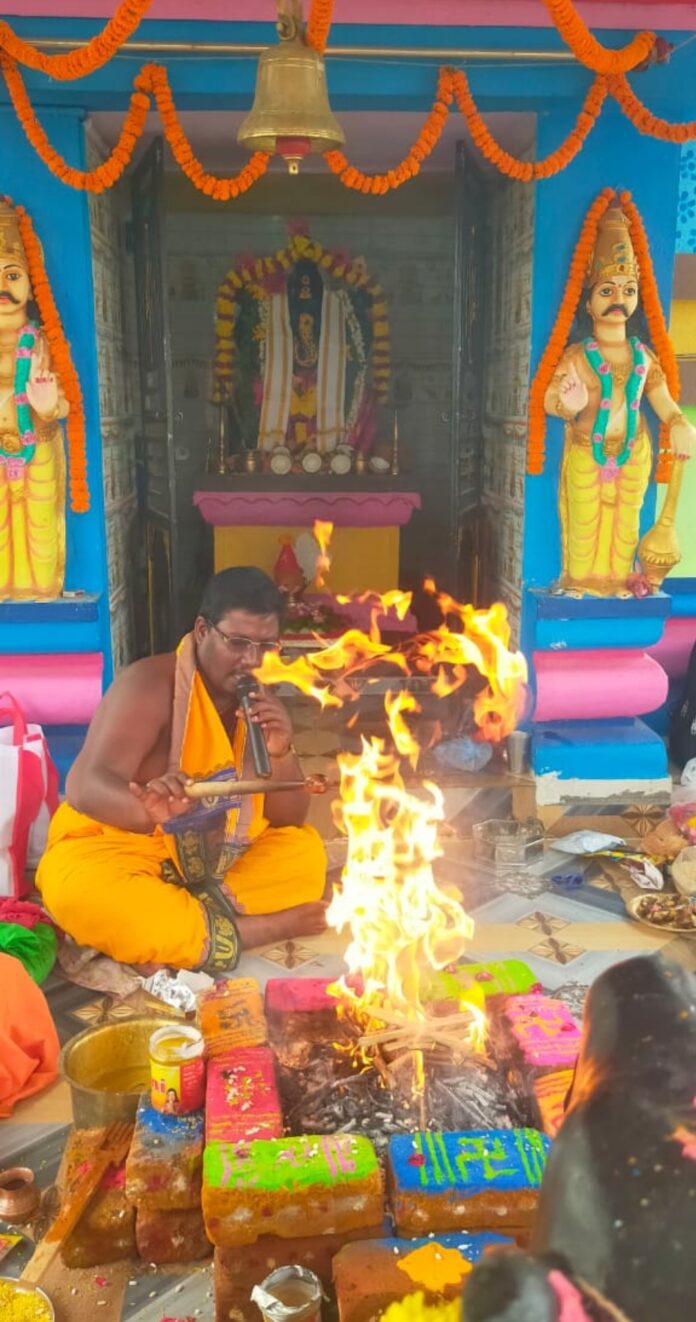 Patrapur : The 1st anniversary of SRI SRI MAHAGANAPATI TEMPLE of Bhirlangi village of Andhra & Odisha border has been celebrated in a befitting manner with the sacred rituals on 20th Nov. Pandit Sri Ravi Kumar Sharma chanted the ritual rhymes and other rituals were do by hands of Pandit Sharma as per hindu temple rituals followed by “Arnna Yangya”, ” Ghruta Yangya”. In order to commemorate the occasion ” DANDIYA” dance was performed by the women folk of Visakhapatnam of AP. Among others dignitaries such as the local Sarpanch Surya Narayan Meenaketan and his wife Mini, Gopi, Padma, Bhimaaya, Dasarathi, Gurunath, Giri, Yudhishthira, Simadri, Lokanath, Deepu along with all the villagers and surrounding rural devotees extended their cooperate hands to make the function successful in a fair and sacred manner.