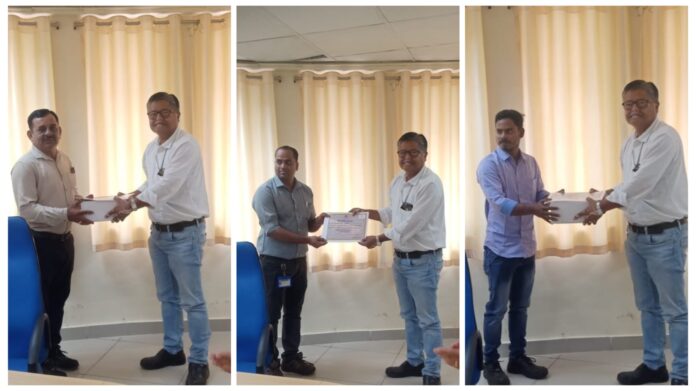 The main objective of Karm Shiromani Award and Pali Shiromani is to honor the hardworking and creative personnel who have performed remarkable performance in the department with the standard parameters of safety, innovation in their workplace, better resource utilization and fulfillment of organizational objectives.

Chief General Manager (URM) Mr. Anish Sengupta honored the personnel with memento, citation, appreciation letter for their spouse and a sweet coupon. And while congratulating all the employees who were honored with the Shiromani Award, they praised their diligent contribution towards their work.

In the function, Shri Jasbir Singh (Additional Labor Welfare Officer) was presented a letter of appreciation by the Chief General Manager for the exemplary work done in URM.

Expressing their views, the awardees said that such awards have boosted their morale and inspired them to do better work.