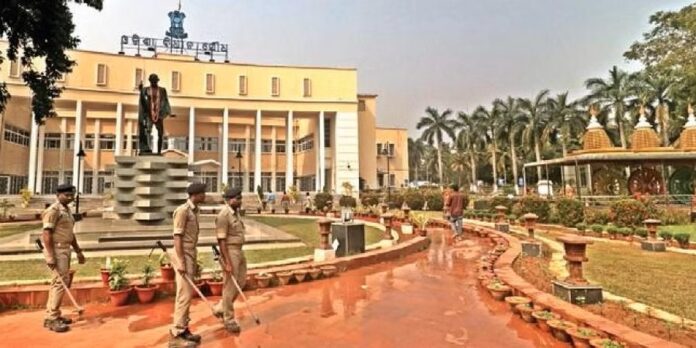 BHUBANESWAR: Politics over farmers’ issues dominated the discourse inside and outside the House ahead of by-poll to Padampur Assembly constituency as the BJD and BJP staged protests and took out rallies on Friday demanding early payment of crop insurance dues and input subsidy.
Proceedings in the Assembly were disrupted as soon as the question hour started with BJP and BJD members rushing to the well of the House and creating a ruckus over issues relating to farmers. Speaker Bikram Keshari Arukha had to adjourn the House twice till 4 pm as chaos prevailed because of slogan shouting by opposition as well as ruling party members in the well.
Similar situation prevailed in the House after it reassembled post lunch recess. Though the Speaker convened an all-party meeting to normalise the situation, it failed to resolve the issue forcing him to adjourn the proceedings till Saturday.
BJD MLAs including several ministers, staged a dharna near the Mahatma Gandhi’s statue on the Assembly premises and then marched to Raj Bhawan carrying banners and posters to submit a memorandum to Governor Ganeshi Lal in this regard. Similarly, BJP MLAs also took out a rally to Raj Bhawan after staging a protest in the Assembly.
The Congress members targeted both the state and the Centre for the plight of farmers. They accused the state government of delaying input subsidy and hit out at the Centre for delay in settlement of crop insurance claims.After coming out from Raj Bhawan, former minister Sashi Bhushan Behera told mediapersons that though a unanimous resolution was passed in the Assembly for raising the MSP of paddy to Rs 2,930 per quintal, the Centre is yet to meet the demand. Besides, the BJD also demanded quick payment of crop insurance claims to farmers and steps to ensure proper lifting of rice from the state by Food Corporation of India (FCI).
Senior BJP leader and opposition chief whip Mohan Majhi said the party demanded that input subsidy be provided to all farmers who have lost their crops due to drought in Odisha without any further delay. Criticising the state government for the delay in payment of crop insurance claims to farmers in the state, Majhi alleged that utter mismanagement prevails in mandis.